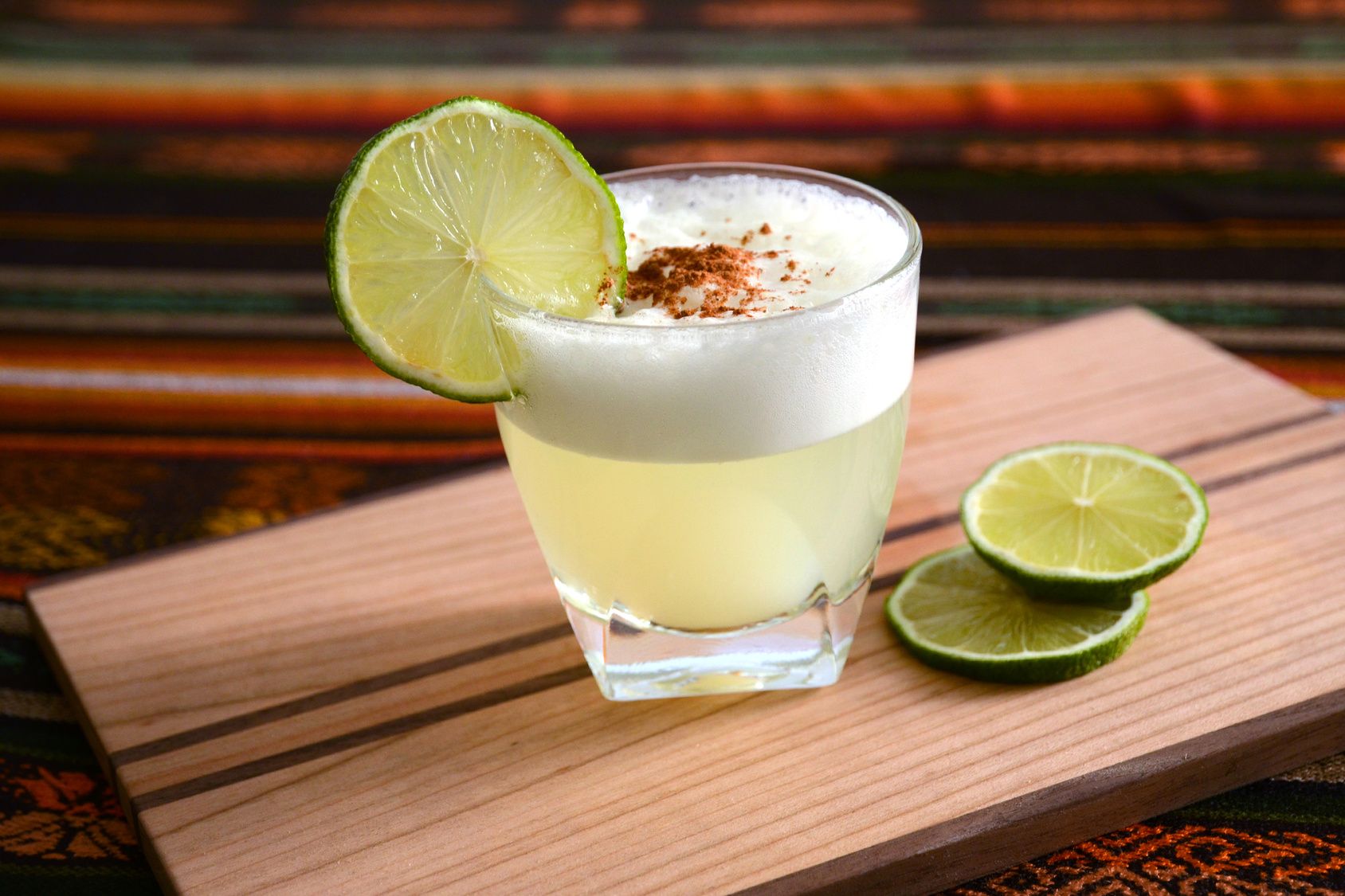 The Pisco sour is a wonderful cocktail hailing from South America. As with everything illustrious and desired, this Pisco based cocktail has fairly foggy origins as several claim to have been its creator. The most accepted tale is that it began its existence in Lima’s popular, wood panelled Morris Bar back in the early 20th century.

In this version, Victor Vaughen Morris, an American who moved to Peru

for the mining trade in 1903, opened the Morris Bar and first made the drink as an alternative to the Whiskey Sour. The modern version of the Pisco Sour wasn’t born until late 1920s, when bartender Mario Bruige added Angostura bitters and egg white.

However, the Pisco Sour can trace its origins much further back to the creation of its base: the strong, brandy-like liquor, Pisco. Find out more about Pisco from our magazine article; What is Pisco.

The famous cocktail even has its own day: Pisco Sour day is celebrated on the first Saturday of February.

Pisco – a south american unaged brandy, made with left over wine grapes, this is the main ingredients for a Pisco Sour. We are using 1615 Pisco.

Egg white – essential in this cocktail. Egg whites provide very little flavour but so much texture, making it smooth and silky. It also provides a lovely white topping to the cocktail which can be decorated with orange colour bitters.

Bitters – we are using Amargo Chuncho Bitters a quintessential and definitive ingredient for classic and contemporary cocktails. Its main use in this cocktail is decoration and to provide an aroma other than egg white to the top of the cocktail.

Lime juice – the use of lemons or limes was much debated in the early days due to the confusion that Peruvians call their limes, lemons! Freshly squeezed lime juice is best, it adds a tangy citrus flavour to the cocktail.

Sugar syrup – we think its better than just using caster sugar. Take a look at our magazine article on how to make your own at home.

How to Make a Pisco Sour

The Pisco Sour, is pretty easy to make. Pour all the ingredients into a shaker, then dry-shake (without ice) for around 10 seconds to generate a decent amount of foam from the egg white. Add ice and shake again to chill the drink, then fine-strain into a glass. A rocks glass is ideal, but many bars serve it in a coupe or martini glass instead. 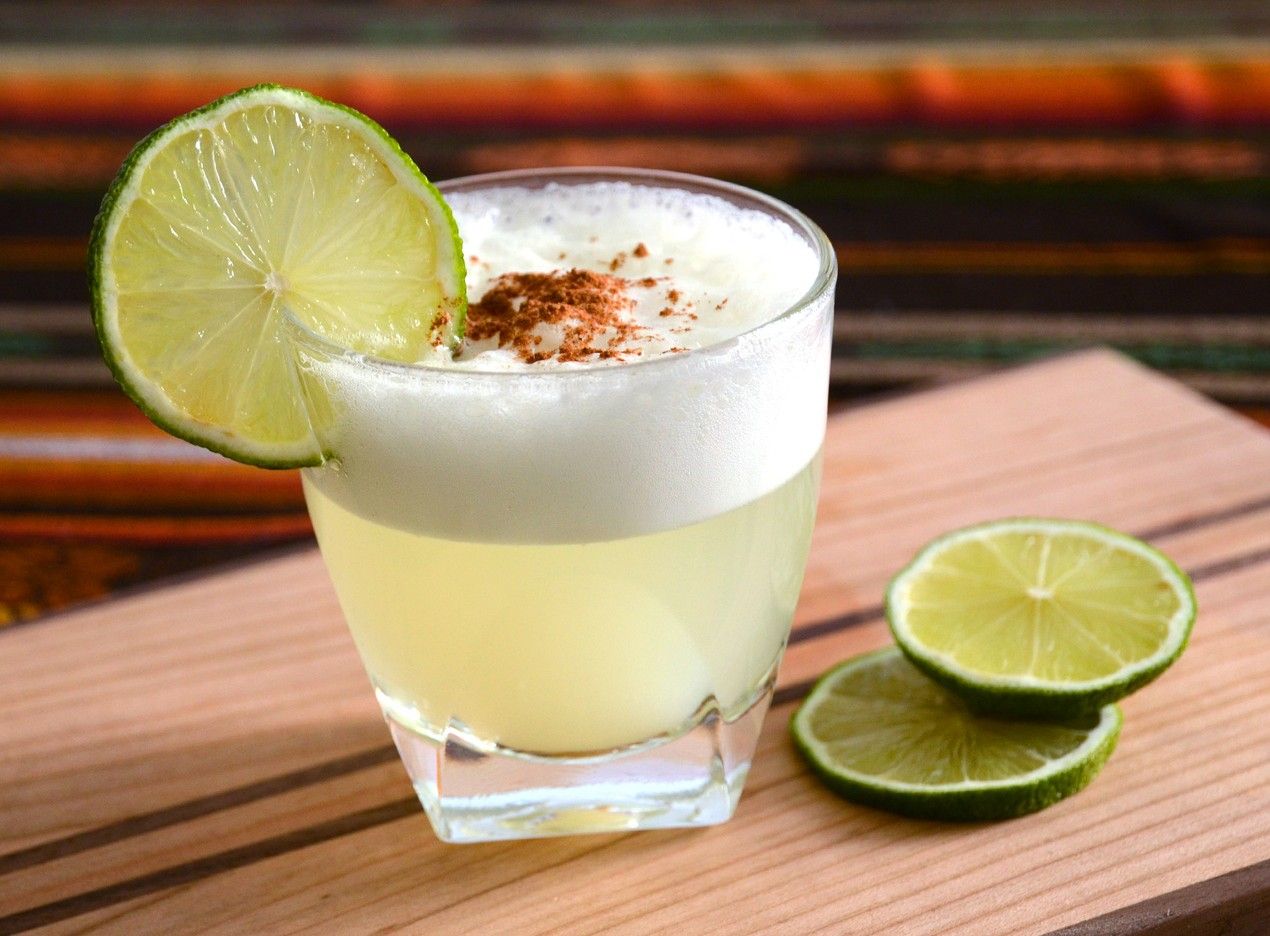 Pour into a chilled glass, add a few drops of Amargo Chuncho bitters (or Angostura Bitters) on top, and enjoy!

You have to drink through a thick head of foam (if you’ve done it right!) to get to the chilled liquid underneath, and the combination of sweet foam and sour liquid is truly splendid.

Become one of our monthly cocktail kit subscribers to be among the first to try this new kit at the start of October.