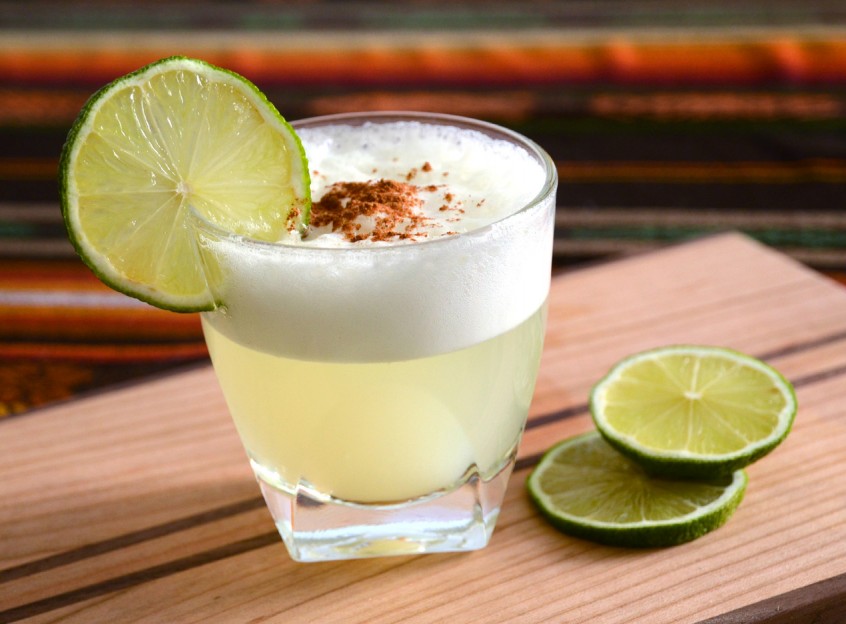 Pisco is the Peruvian national spirit and a real South American favourite. Legend has it that Pisco came about in the 16th century, yet still to this day two nations battle it out over who gets to claim it as their own invention. Take a look below to learn about the different types of Pisco, its history and how its made:

Pisco is technically and unaged brandy obtained from the distillation of recently fermented Peruvian grape musts and juices. Some say its like Grappa because both are made from grapes. Others relate it to Tequila because of its similar herbal and almost earthy flavours. The truth is, comparisons to other liquors often fall flat because Pisco has its own unique personality. As it is made from different grape varieties, different Pisco will have different characteristics.

This distilled spirit has established itself in the emerging cocktail culture, giving its name to such classics as Pisco Punch and Pisco Sour. Today, no self-respecting cocktail bar is without a bottle of this fresh, vibrant spirit on its back bar.

Puro– Pisco produced from only one grape variety, most commonly from the local Quebranta grape. Aromatic varieties such as Torontel or Italia are also used.

Acholado – Produced from a blend of different grapes varieties.

Mosto Verde – A rare type of speciality pisco; the spirit is distilled from partially fermented grape must wine.

This white south American Brandy has a storied history and passionate following, it is exported from both Peru and Chile of which both claim to be the original producers.

There are several explanations as to how this unusual brandy got its name, some say it came from the Quechuan word pisqu which was the name of the bird found in the Ica valley region of Peru. Alternatively it may have been named after a port city Pisco near Nazca where the Brandy was shipped.

In the 16th century the Spanish conquistadores bought grape vines over to South America to make their own wine. The story goes that Pisco was then created, using the left over grapes that could not be used for the wine.

It is not certain which country first produced Pisco (Peru/Chile) but the Peruvian regulations concerning the production of pisco are seen as simple and traditional, they are extremely strict and forbid the addition of any extra ingredients during distillation. Peruvian pisco is made from a range of mostly indigenous grape varieties, while the majority of Chilean pisco is made from the Muscat grape.

The best pisco is generally acknowledged to come from the Ica valley in Peru and the Elqui region of Chile. It is best consumed neat or in a Pisco Sour, which includes lime juice, sugar and egg white.

How is it made?

Pisco is made from only certain varieties of grapes which are then fermented in to wine and then distilled.

Like wine, pisco can either be kept as a ‘puro’ using only one variety, or blended with other grapes to create an ‘acholado’. A third style of pisco called ‘mosto verde’ is made by halting fermentation of the wine before distilling it, to maintain some residual sugars for a more supple mouthfeel. This style of pisco is equivalent to a reserve wine and is best sipped straight to fully appreciate the complex flavours and aromas.

Pisco must be aged for a minimum of three months in vessels that cannot in any way alter the flavour e.g. copper or glass (No oak is allowed). Peruvian pisco must be bottled directly after ageing, without any additives or dilution. The fermented wine is then distilled in large vessels to the allowed and desired alcohol proof. Peruvian pisco must have an alcohol content between 38% – 48%.

With more than 10 different flavours provided by the different grape varieties, pisco is perfect for blending in cocktails. This clear spirit has tremendous breadth; some pisco has the structure of a tequila, others the versatility of a vodka, while others make amazing aperitifs.

Our October subscribers kit will be featuring Pisco Quebranta and Italia, sign up now to a be the first to receive this kit. You can sip it neat or make a deliciously refreshing Pisco Sour by adding lime juice, sugar syrup and egg white.