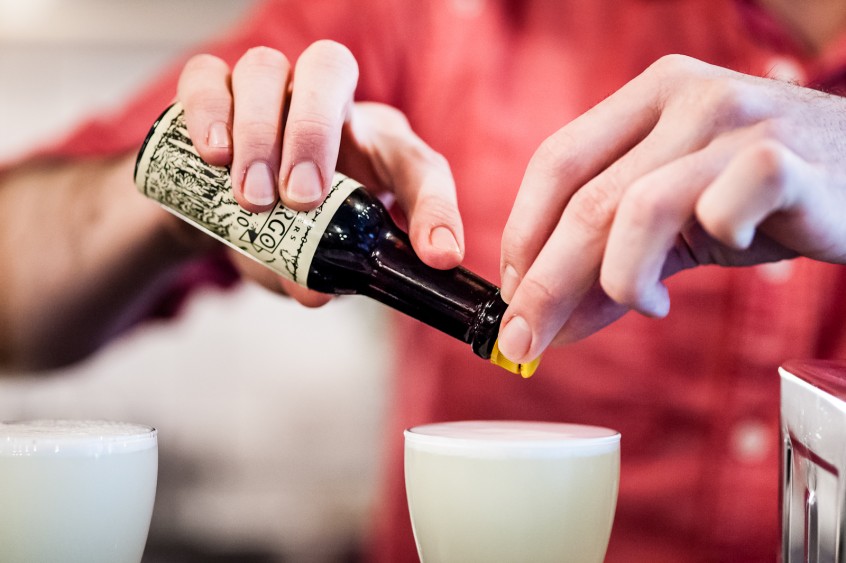 “Packed with the cinnamon, nutmeg and allspice notes you’d expect from this style of aromatic bitters, Chuncho also brings a floral base mixed with cherry and cola syrup; a Pisco Sour isn’t the same without these.”

What are Cocktail Bitters?

Put simply, bitters are high-proof alcohol infused with herbs, fruit barks, spices, roots and seeds. It’s a concentrated concoction, and you only need a couple of drops to bring all the flavour combinations of your cocktail together. Cocktail bitters were what distinguished cocktails from other beverage categories like Toddies, Slings, Fizzes, Sours or Punches. Bitters can add an interesting twist to a simple vodka and tonic, or balance out the sweet and sour flavours of fizzes or sours. 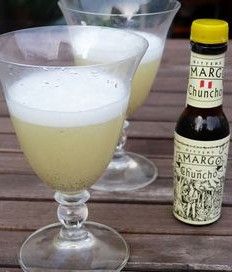 The History of Cocktail Bitters

The first definition of a cocktail dates from 1806, and was defined as a mix of “spirits, water, sugar and bitters”. Most of the classic cocktails, like an Old Fashioned or Manhattan Cocktail, were all made with bitters. It’s the bitters that defined them as a cocktail. Many of the older bitters brands started off as medicinal tonics, and a dash or two were added to soda water as a digestive stimulant.

The most popular or commonly used bitters is Angostura Bitters, however having sampled it in our Pisco Sour recipe we’re certain Amargo Chuncho Bitters is the best for our Pisco kit.

Chuncho Bitters, were named after the ethnic group of Amazon Indians that resisted the Spanish Conquistadors. They are the original Peruvian bitters and are the only bitters for a truly authentic Pisco Sour.

Chuncho is a complex and well balanced combination of over 30 various peels, herbs, roots, barks and flowers from the Peruvian forest (including Quina and Sarrapia leaves, both of which appear on the Peruvian flag) that are macerated then rested for six months in oak barrels before being bottled. Toby (TASTE Cocktails founder) thinks it smells like roasted plantains! The most common use is in cocktails, but these bitters can also be used across all areas of cooking.

Despite the small amount of bitters used in cocktail recipes, they have a very definite effect on the flavor profile of a drink, helping to bring the ingredients together. Don’t think that because of the name it will immediately make the drink bitter. In a cocktail, Chuncho works more like adding an herb to a sauce – it is an essential ingredient on any bar.

We are featuring Chuncho Bitters in our Pisco Sour Kit so get signed up to be the first to sample this and make the very best Pisco Sours at home.

Once you get your Pisco Kit then send us your photos; tag us on Instagram or tweet us your favourite cocktail @tastecocktails