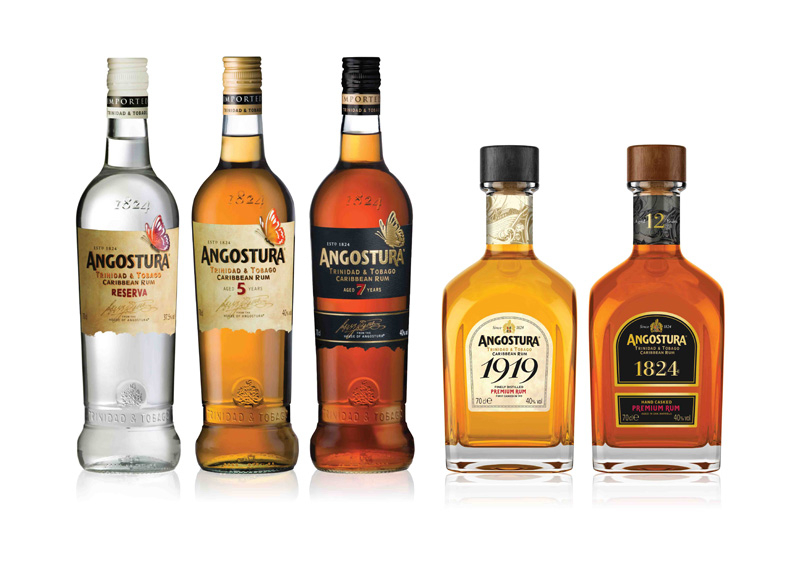 You have most likely come across Angostura and their range of aromatic bitters in your cocktail making but have you tried their rums? This July we are featuring Angostura Reserva in our Mai Tai Kit, so here’s a little more about the Angostura Story and how their rum is made.

Angostura’s story began in Venezuela in 1824 creating the legendary Angostura aromatic bitters. Today based in Trinadad they have been producing rum for more than 60 years – and now create the worlds most awarded rum range.

Their master distiller – John – joined Angostura in 1982 and has worked in many different roles in the production of fine rum. In his own words, John has “been in and around the manufacture and ageing of rum for more than a quarter of a century”.

Always experimenting with different ways to age their rums, John has pioneered new premium aged blends including the multi-award winning Angostura International Rum Collection. It is testament to John’s skill that he has doubled the rum distillation output at Angostura while still maintaining the finesse required to produce super premium brands.

As much Art as Science, John learned much from his predecessors such as Tommy Gatcliffe, a pioneer in Trinidad rum production, and today a new generation of distillers and spirit crafters look to John for their inspiration.

All their rums begin with the sweetest cleanest molasses, they use their own yeast which then ferments for about 48hrs (sometimes 72hrs). Distillation strips away the water and concentrates the alcohol and bi-products. The rum is then created between 80%- 95% each with its own flavour profile. The rum is then aged to enhance flavour and aromatic qualities. They use a very particular cask collection only ageing their rum in, once used american white oak barrels, to help create a rich character of all their rums.

For up to three enriching years, their white rum remains in its barrel until it is ready to be enjoyed. It is then charcoal filtered to remove any colour generated by the ageing process.

Angostura Reserva is supple and luxurious. It possesses a dry taste with a rich and warm flavour of vanilla and a finish that is incredibly smooth. This warm, colourful, creamy, gentle rum, is perfect for mixing with seasonal fruits to create light cocktails.

We are thrilled to be using this Rum in our Mai Tai kit this July! Join now to be the first to receive this kit at the start of July.