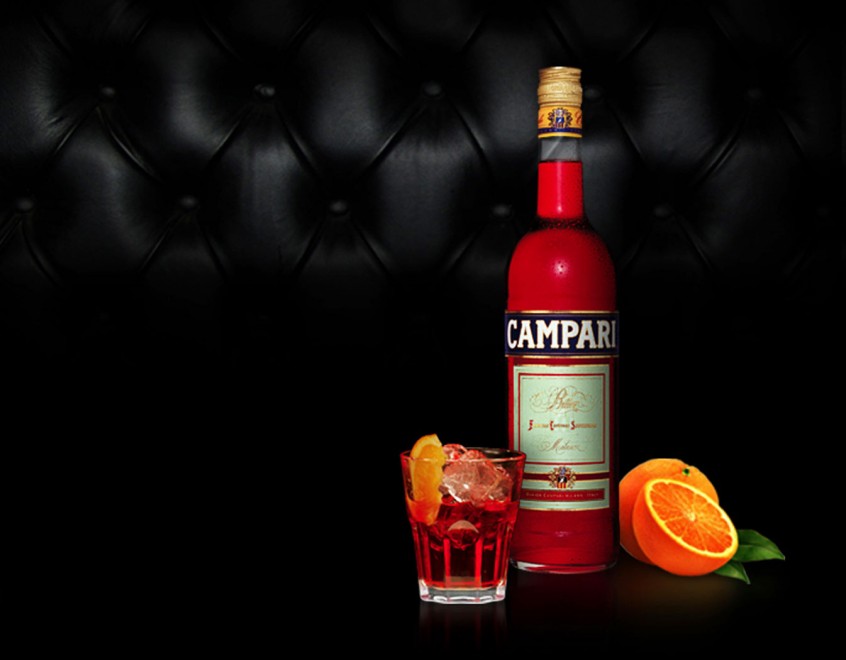 Campari: the crimson apéritif that has made a comeback – and we’re supporting them all the way!

Campari often comes with the label of being “an acquired taste” thanks to its bitter nature but it’s worth trucking on and overcoming the initial bitterness, to discover a whole world of new flavour combinations and fantastic cocktail recipes with this as the star.

The History of Campari

A unique and unmistakable recipe that characterised Campari for over 150 years has been kept the same since its inception and remained a closely guarded secret, passed down over the years.

Created in Novara, Northwest Italy in 1860, Campari was in fact the result of Gaspare Campari’s experiments in concocting new beverages. About forty years later, Campari’s first production plant was opened in Sesto San Giovanni and the company began to export the brand overseas. It is still produced today with the same ingredients and used as the basis of many cocktails served worldwide.

Created through the infusion of herbs, aromatic plants and fruit in alcohol and water, it ranges from between 20.5% and 28% in strength, depending on the country in which it is sold. It can now be found in 190 countries and 2.9million 9litre cases are sold globally every year. That’s a lot of Negronis!

Its 1930s-designed bottle is extremely distinguishable thanks to its elegant style, and is all part of a smooth stylish package of advertising and promotion that Campari deliver.

Campari is a must-have in your Negroni cocktail so join now to be the first to try this in our April subscribers kit.