This May we are bringing you Casa Herradura Tequila in our new kit to help celebrate Cinco de Mayo and make yourself some refreshing cocktails as the sun begins to shine to take us into Summer.

As the third largest tequila producer in Mexico, with the largest single facility for 100% agave tequila by production volume, Herradura is an institution in the tequila world. The company’s history stretches back for almost 150 years.

By law, “Tequila” must be fermented blue agave obtained in the distillery from the hearts of agave grown only in designated regions of Mexico: The state of Jalisco, and certain areas in Guanajuato, Michoacan, Nayarit and Tamaulipas. It must be bottled at no less than 35% alcohol by volume and the label should say ‘Made in Mexico’. Any other agave spirit is a “Mezcal”.

Find out more about what goes on behind the scenes at the Casa Herradura Tequila distillery. 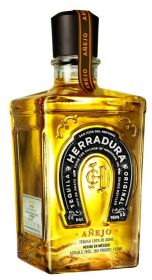 Tequila Herradura, founded in 1870 by Feliciano Romo, is located and produced in the tiny town of Amatitán, Jalisco. Feliciano stumbled across a shimmering horseshoe on the ground in the agave fields, and chose to name his Tequila “Herradura” (Spanish for Horseshoe), a symbol of good fortune

Herradura Añejo is made from 100% Tequilana Weber blue agaves. With an ageing process of 2 years, this tequila is a great treat for the spirits aficionados of the world. It achieves its smooth taste through its long ageing in virgin American white oak barrels. It shows intense cooked agave on the nose, with notes of spice, oak and nuts. It tastes of cooked agave and dried fruit, with a creamy finish. 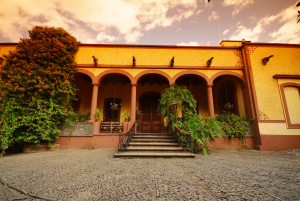 El Jimador blanco is 100% agave tequila crafted at the Hacienda Herradura. This crystal clear tequila is well rounded – with a cooked agave aroma, an agave flavour with notes of pepper and citrus, and a clean, warm finish.

The name El Jimador honours the men (“Jimadors”) who harvest the locally grown agave. It is their way of life. It is their passion. Tequila El Jimador is the number one tequila in Mexico, a testament to its high quality and authenticity.

Each TASTE subscribers kit this May will feature both these tequilas so join now to be the first to try them.

Blanco (or silver) Tequila is the spirit produced by the distillation process, and then immediately bottled. It has a stronger agave flavour than other varieties but is often used for shots and cocktails.

Reposado Tequila is blanco that has been aged in wooden barrels for 2-9 months. Usually oak barrels are used, but often casks from bourbon or sherry distilleries are used instead to impart some of their flavour to the tequila. Reposado is not to be confused with Golden (“Joven” or “Oro”) Tequila, which is simply blanco with added caramel for colour and flavour.

Añejo Tequila is aged for 1-3 years, usually in oak (“Extra Añejo” has, since 2006, referred to Tequila aged for more than 3 years). Like whisky, Añejo is usually considered the best quality, but there’s no reason why a blanco or reposado tequila made well shouldn’t be just as suitable for sipping or mixing.