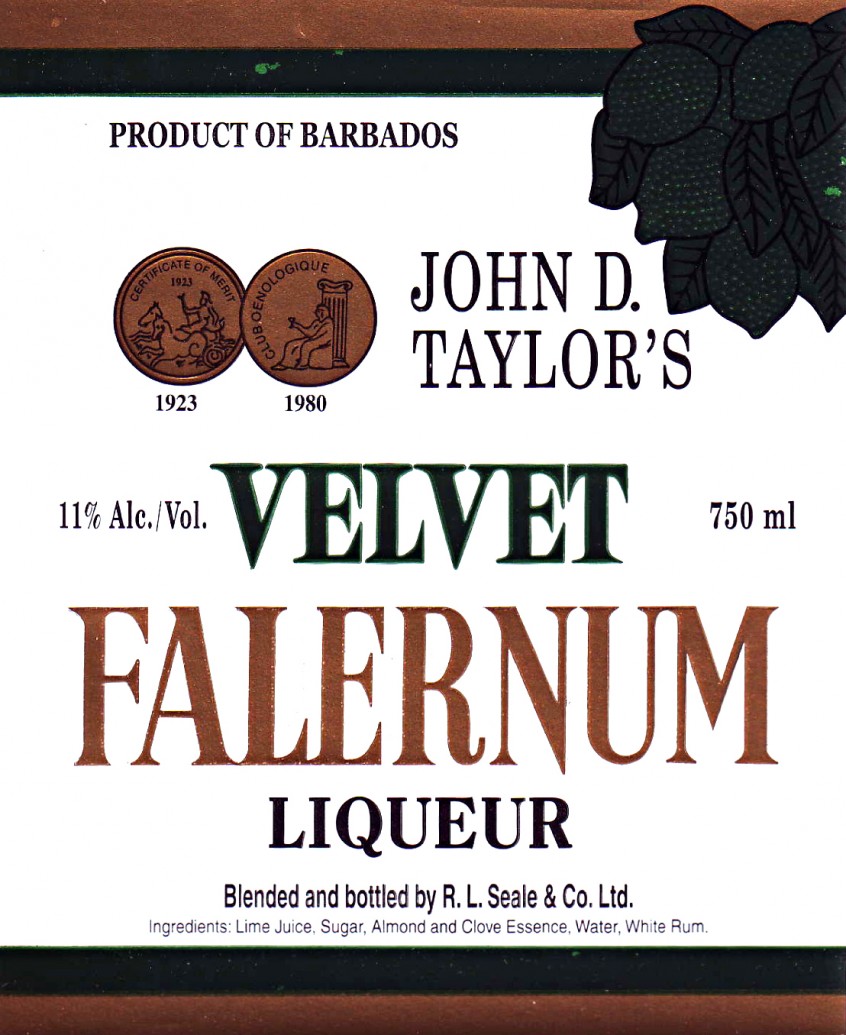 As we well know, cocktail history is often hazy. So it’s no surprise that the origins of Falernum—and even its exact ingredients—vary depending on whom you ask.

Generally speaking, it’s a sweetened lime and spice concoction that was created in Barbados somewhere between 1826 and 1930. You’ll see both syrups and liqueurs referred to as falernum, but the key ingredients are always lime zest, cloves, and sugar—usually combined with ginger and almonds or almond extract.

This famous Bajan Gold Medal beverage and mixer, has a uniquely refreshing flavour developed by John D. Taylor of Bridgetown, Barbados in 1890. Born and bred on the island of Barbados, this slightly alcoholic sugar cane based liqueur is a staple of every Bajan’s bar and we’ve found it goes particularly well with The Duppy Share in both the Rum Swizzle and The Rum Old Fashioned.

Some people choose to make their own Falernum, as it’s sometimes tricky to find to buy yet it’s cheap and simple to make at home. The ingredients are all common and inexpensive items. Homemade falernum good fun and offers the opportunity for flavour tweaking too.

Check out the Imbibe Magazine recipe to make your own Falernum at home.