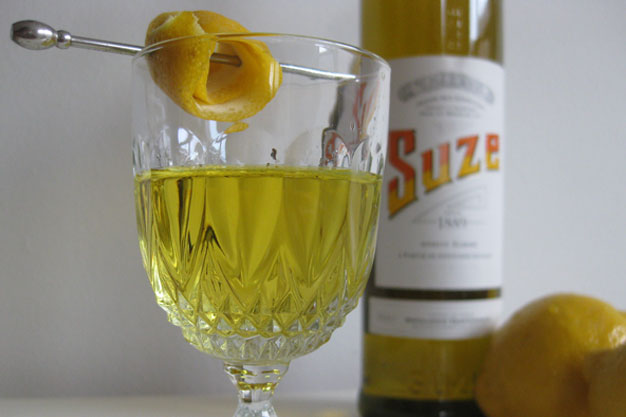 This a famed French aperitif was created in 1889 by Fernand Moureaux, who had the idea of distilling gentian roots while trying to create an original aperitif based on something other than wine. For the last 120 years Suze has been made with the same traditional methods. It is a spicy, fruity and delicately bitter drink.

Its name has been subject to controversy: does it come from Fernands’ aperitif loving sister in law – Suzanne or does it refer to a small river in Switzerland? 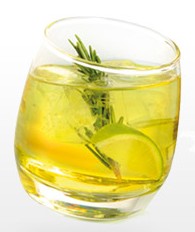 There’s a whole family of gentian-based drinks out there, even some old fav

ourites like Aperol and Campari contain some of the bitter root. But Suze retains special recognition, though it was invented in 1880’s, it wasn’t until 2012 that it became easily available. Until then, it could only be found on the back bar of cocktail joints, smuggled over by knowledgeable bartenders!

Traditionally it’s served neat to sip on as a pre- or post-dinner drink. Although also served with tonic or orange juice as well as forming an ideal base in many cocktails including the Negroni Bianco.

Suze is part of our April Negroni kit and plays an important role in the Negroni Bianco. Join now to be the first to try this kit.