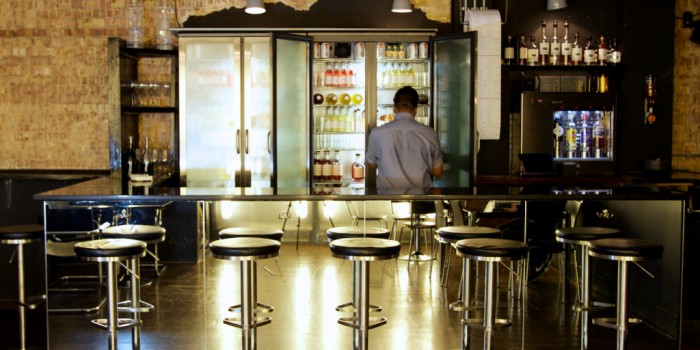 This March we were lucky enough to get out of TASTE towers, visit some great bars, and drink some great drinks. Here’s a run-down of what we wet our whistles with and where last month. 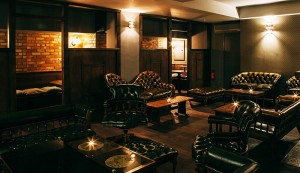 Round the corner from The Blind Pig (see below) is Basement Sate, a bar that serves only desserts and cocktails!

The decor was great, and we were led into a cozy corner booth with low lighting. On first sight, the prices on the menu made me a little annoyed. I’m someone who thinks that even with London’s rent prices a bar shouldn’t be charging you over £9 for a drink, unless there’s really something special going on (e.g. the beautiful madness on offer at the Artesian), but the drink that sounded most like my cup of tea, was the “Little Japan“: Japanese whisky, artichoke liqueur (I assumed, Cynar), sweet vermouth. Effectively a Boulevardier, but with a couple of upgrades.
Thankfully it was absolutely delicious, as was the “Blub” (sichuan pepper infused gin, dubonnet, lemon juice) I nabbed a sip of from a friend. Still, the £13 left a bad taste in my mouth, and I feel like the bar lost out on me actually spending more money, since I would have ordered 2 drinks at £9 each, rather than just the one at £13. 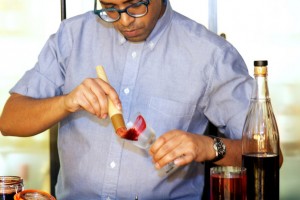 Ryan “Mr Lyan” Chetiyawardana’s Hoxton bar, White Lyan, is somewhere I’ve wanted to visit ever since it opened, and finally (after a night of watching chessboxing!) I made it there for its last 45 minutes before closing. Immediately I was impressed to see that a bar that has won “Best New Bar”, “Top 50 bars in the world” and its owner and menu creator, Ryan being “International Bartender of the Year” in 2015, was selling all its drinks for £9 and under! After £13-gate the week before, I was so impressed I bought 2 for myself, one for a friend, and took home a bottle of their “Bonfire Old Fashioned”.

White Lyan doesn’t use any fresh ingredients (lemons, juices etc), or ice! They pre-prepare everything, including making their own spirits, liqueurs and bitters, and most drinks are served straight from a bottle, via a weighing scale, into a frozen glass. This is my kind of geekery!

The “Purple Paint” was a very clever idea, with a blackberry “paint” around the rim of the glass, and Mr Lyan Akvavit, lemon and aronia in the glass. The Akvavit flavour was excellent, and the sweetness of the paint balances out the sour ingredients in the liquid pretty well. I kept drinking mine from the same side to reduce the sweetness, but it’s a drink that you can change the balance yourself by which side of the glass you sip from. Very clever.

I also tried “Ribs” on the recommendation of our great bartender Maja: Mr Lyan Bourbon, chipotle, mint tea, and rosewood. It was absolutely delicious, smelled strongly of mint, but tasted mostly of floral (rose) whisky with a hint of spice. Again, genius.

I was so happy with the drinks that I left without taking the bottled “Bonfire Old Fashioned” I’d already paid for, but the bouncer knocked on the taxi window just in time, so the team and I have been enjoying it in TASTE towers this week. 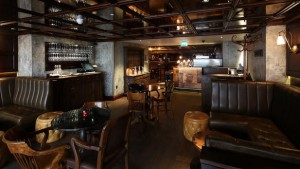 Tucked away upstairs above the Social Eating House you’ll find The Blind Pig. The perfect location for a decent cocktail or two in this quirky little bar in Soho.

I highly recommend a visit, although not immediately obvious how to find it at street level; look under the vintage ‘Optician’ sign for the blindfolded hog door-knocker and boom, you’re in.

Beautifully decorated with mirrored ceilings it’s full of character. The cocktail menu brings you everything from a Slap ’n’ Pickle (gin, brandy and pickle brine) to a Ginger Spice (Ketel One vodka, Kamm & Sons, ginger juice, carrot and more!), or Robin Hood, Quince of Thieves? (brandy, quince liqueur, mead). Everything we tried was delicious, my favourite probably being the Dill or no Dill… I’ll leave it to you to discover them yourselves, but you won’t be disappointed. 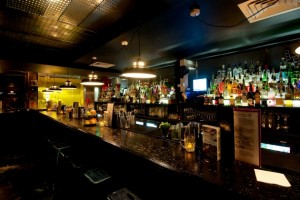 Having spent a good few hours trawling the shops on Oxford street (not out of choice), I always find time to head a minute across the road from Oxford circus tube station and down into the basement bar which is London Cocktail Club (LCC), with 5 bars spread across the capital they’re a mix of great cocktails, music that everyone knows and loves, and a party atmosphere in the evenings. It’s is a great way to unwind.

Often when I see the word happy hour or 2 cocktails for x amount I get a little worried it’ll either be a very limited menu or that they won’t be great but luckily neither apply to LCC. Highlights and my personal favourites include Butter Beer which is a take on the famous Harry Potter drink, a tasty mix of vanilla vodka, apple juice, Jack Daniels honey, egg white, caramel syrup and pale ale.  You’ll also find most cocktails come served in a fun way, such as the Bacon and Egg Martini which comes with a slice of Bacon and a mini Haribo foam egg. What’s not to like?

Have you visited any great bars recently, in London or anywhere else? Let us know in the comments.