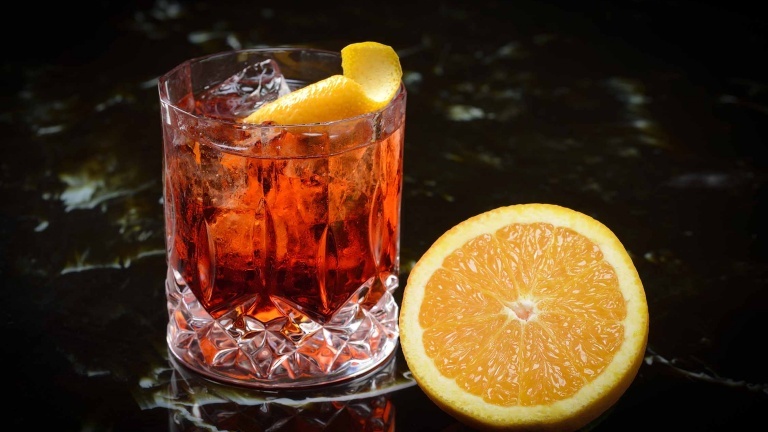 The Negroni is the signature drink in our April 2016 subscriber’s kit featuring Portobello road Gin. Your kit will be able to make 5-6 Negroni cocktails, from a choice of recipes in the kit, and online in the TASTE cocktails magazine.

Designed to be an aperitif, a good Negroni is the very definition and balance of sophistication and simplicity. The aromatic sweet vermouth can balance Campari’s bitterness, with the gin coming through to add a depth to this iconic cocktail. It has only really become mainstream over the last few years and is now a common sighting on most bar menus.

Thought to have been invented in 1919, in Florence, Italy at Caffè Casoni. The story goes that Count Camillo Negroni asked his friend and bartender Fosco Scarselli, to strengthen his favourite cocktail, the Americano*. He did so by switching the soda for gin and garnished it with an orange peel to signify it was a different drink. Soon, everyone was coming into the bar and ordering a ‘Count Negroni.

Camillo Negroni was himself a very interesting figure. Having travelled around America whilst he was in his twenties he ended up as a cowboy for some time. Little did he know that it would be because of his time spent in London, with its prevalent gin scene, that Camillo would go on to create one of the most iconic cocktails of all time. 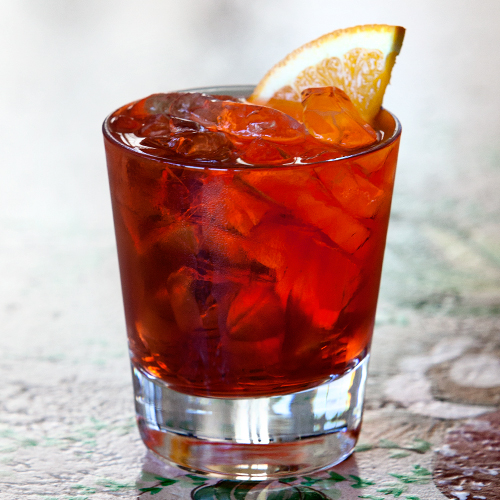 Assemble in a rocks glass filled with ice. Pour the gin, Campari and sweet vermouth. Stir until chilled then garnish with an orange peel

* The Americano was in fact based on the Milano -Torino which took its name from the origins of the two main ingredients – Campari (from Milan) and Amaro Cora (from Turin). Said to have been invented in the 1860’s it was extremely popular with the Americans who later would add a dash of soda water…and so the Americano was born.

Fill a highball glass with ice. Add Campari and vermouth, and top generously with soda, taking care not to exceed a 1:1:2 ratio. Garnish with an orange slice or twist.
Start a monthly subscription now to be the first to try our TASTE Negroni kit this April.