The cultivation of sugar cane in Guyana was first introduced by the Dutch in the 1640s along the coast and banks of the rivers. It wasn’t until 10 years later when the British planters introduced the pivotal process of distilling that there was a breakthrough and by the 1700s there were well over 300 sugar estates all creating unique rums from the molasses.

With over three centuries of expertise in the art of rum, El Dorados story starts at this time when every sugar estate had its own still and a group of sugar cane producers formed an exporting co-operative.

By the turn of the 20th century only 64 sugar estates remained in Guyana, this number soon dropped and in 1970 the last remaining 4 distilleries joined together to form Demerara Distillers.

Run by Demerara distillers, no other rum distillery can boast of such heritage than El Dorado. Launched in 1992 onto the local and international market, El Dorado has shown significant growth in recent years; epitomising on their unique quality and the true taste of Demerara. It is now an internationally recognised producer of award winning rums with a range of 20 different varieties. 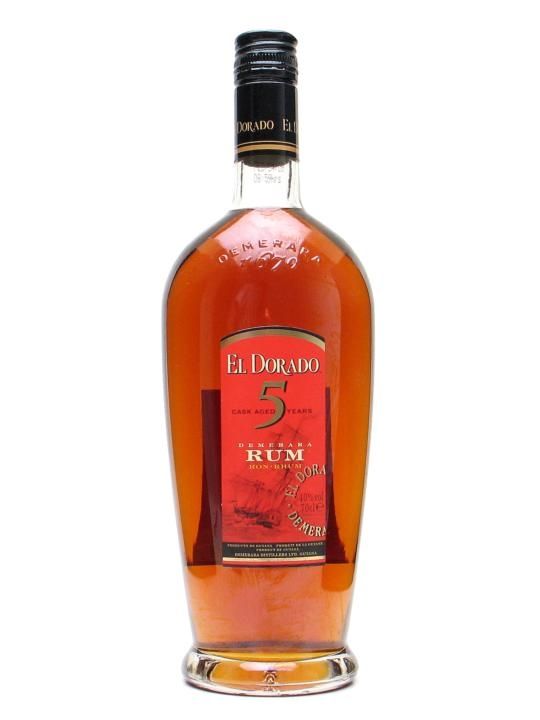 El Dorado’s production process is unique to Demerara distillers, using original wooden stills (the last fully functional example of its kind left in the world). It is this that has allowed them to offer such a variety of high quality rums of different ages and style. Alongside this they use the finest sugar cane, harvested twice a year from the banks of the Demerara River, it is then transported to the sugar factory before being chopped and crushed to extract the juice and made into molasses. They then use a combination of traditional and modern distillation techniques to create their different styles of rum.

The rum ages in former bourbon casks made of American oak. The ageing process in Guyana is greatly increased by the climate (high humidity and steady temperature). Demerara Distillers now produce over 26 million litres of pure alcohol each year.

Our Mojitos Kits include 100ml of El Dorado 3 and 60ml of El Dorado 5, so you can taste these fantastic rums and experiment with them in Mojitos and other modern recipes to discover your new favourite cocktail. You can check them out and buy one here.

For a full history of El Dorado from the company themselves, check out their website.