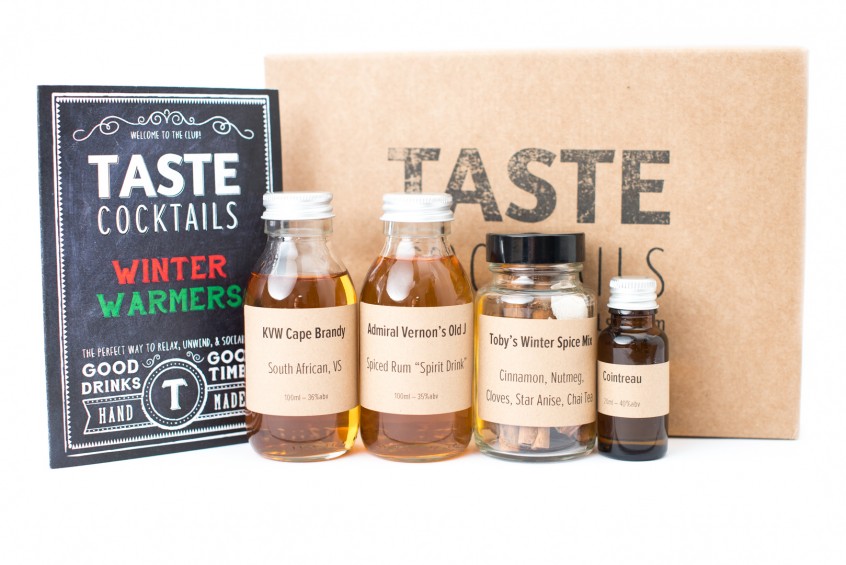 Thanks for buying The Winter Warmers Box! This page contains all the recipes, tips and information you need to make 6 (or more!) great warming wintery drinks.

This month’s box makes 6+ cocktails from:

And enough left to taste some ingredients neat, or try other recipes from below.

The additional cointreau can be splashed in the toddy for an extra orangey, boozy kick (just splash 5ml or so) or used for the extra recipes below.

As well as the contents of the box, you will need:

Typo in the recipe card! The recipe for the Chai Spiced Toddy had an error in the measures. It calls for 200ml of Tea, so the “6 shots” quoted should actually be 10 shots of 20ml each, or 8 shots if using a 25ml measure.

A note on measures: I use 1 shot – 20ml, to ensure you can taste as many of the recipes as possible, and have some leftovers to taste neat. If you prefer to use 25ml, you will make fewer drinks per box.

Brew 1 Chai teabag in a spare mug for 4-5 minutes. Put the honey or sugar in your favourite mug, or a large brandy glass. Stir in the brewed tea with the cinnamon stick until the sugar/honey has dissolved, then pour in the Brandy and stir again. Optionally, splash in a little orange juice or even 5ml of Cointreau, then add an orange twist and leave the cinnamon in while you drink, or until you think it’s “cinnamony” enough!

The classic Hot Toddy is just honey, lemon juice and hot water on top of Bourbon or Brandy. I prefer the added spice of the Chai and cinnamon for lovely warming winter drink, but feel free to try the classic and compare.

In your favourite mug or brandy glass, add the sugar, lemon rind, 3 cloves and a pinch of grated nutmeg. Muddle them together to release the flavours. Pour in the Rum, then fill with boiling water. Finally, add in 1 generous teaspoon of unsalted butter and let it melt in while stirring with the cinnamon stick.

You might prefer to prepare the drink in a different glass, then pour through a strainer into the drinking glass.

Muddle the cloves in the base of a shaker, then add in the brandy and apple juice and shake without ice. Fine strain into a glass or mug, then warm it in the microwave. Float some cream on the top and, then it’s ready to drink! Be careful with the microwave not to over-heat.

Mulled wine is an absolute Christmas classic, but you may not have heard of the Norweigan equivalent “Glögg”. Try using the spice mix for these recipes, and a splash of Cointreau in the mulled wine recipe to give it a richer orange flavour.

If you have a bottle of the sparkyl stuff open, and some angostura bitters left over from a previous box, give this classic a go on Christmas morning or just before dinner:

I hope you’ve enjoyed your cocktails this month! Join the mailing list to make sure you know when our new box is released, or subscribe to guarantee yourself a new box every month, access to all our old recipes, and exclusive discounts and deals!