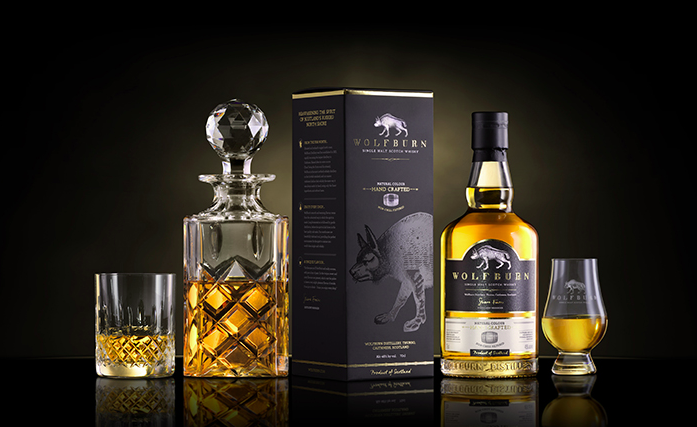 In 2011 the founders of Wolfburn Single Malt Whisky travelled to Thurso in Caithness, in search of the old Wolfburn distillery. All that remained was the flow of water that once fed the mash tun and stills many years ago. The team were convinced that if the water was still there, then the whisky could be too.

In May 2012, the purchase of the land was finalised. By January 2013 the new Wolfburn distillery was complete and on Burns Night, a cask of Wolfburn whisky – the first for nearly 150 years – was laid down in Thurso.

The new distillery is less than 400 yards from the site of an original 19th century plant. The first Wolfburn was built in 1821 and was passed down various generations of the Smith family. Production ceased in the latter half of the 19th century, but in its prime, Wolfburn was the largest distillery in Caithness.

The distillery is now the most northerly on the British mainland, having overtaken Old Pulteney at Wick. Their master distiller – Shane Fraser, has over 23 years experience in single malt production, he uses unpeated malt when creating his whiskys through the traditional pot-still distillation method, it is then bottled at 46% abv. 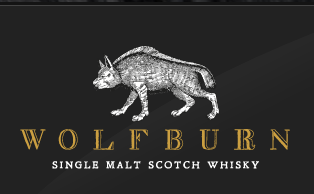 Wolfburn Whisky is wonderfully unique in flavour. It’s light and fragrant with aromas of fruit, malt and a hint of peat. It’s sweet and nutty on the pallet, leaving a pleasant flavour of smoke in the mouth.

The Wolfburn logo derives from from a drawing by Konrad Gesner, the 16th century swiss naturalist it is thought to represent a sea wolf a creature that could walk on water and brings good luck if seen.