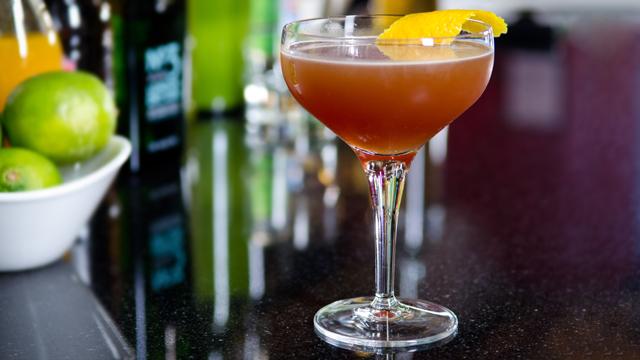 Undoubtedly the best known scotch whisky cocktail there is. The actual recipe first appeared in Harry Craddock’s 1930 The Savoy cocktail book. However there is thought to be some history behind the drink before that.

Some say the drink was created in 1922 and is named after Rudolph Valentino’s Blood and Sand bullfighter film – based on the 1909 novel by Vicente Blasco Ibáñez. This silent film was a box office hit but who was inspired by the film to make the cocktail no one knows…so naturally the credit falls to Harry Craddock for featuring the recipe in his book years later.

The cocktail is traditionally made with equal parts of 4 ingredients; Scotch Whisky, Cherry Brandy, fresh orange juice and Sweet Vermouth. The deep amber colour of the cherry brandy is said to represent the blood and the the orange juice, the sand.

Method: Put all the ingredients into a shaker and fill with ice. Shake, and strain into a chilled coupe or cocktail glass.Garnish with a twist of orange peel

Sign up now to try this great drink in our June 2016 subscribers kit.