Vermouth is an aromatic fortified wine that has been flavoured with various botanicals. Vermouth de Chambéry (such as the Dolin range) has to be produced within France’s Savoy region (surrounding Chambéry).

The Dolin range dates back to 1815 when Joseph Chavasse first created a distillery in the region.

History of the Dolin range

Dolin is the last independent company still producing Vermouth de Chambery. The others have all been acquired by large international concerns. Fortunately, Dolin continue to make the authentic product, according to the principles which earned Chambery France’s only A.C. for Vermouth back in 1932.

This means production in Chambery itself, maceration of real plants rather than pre-prepared infusions, and the unique addition of sugar as opposed to other sweetening products. The finished Vermouth contains 75-80% wine, much more than most industrial aromatised ‘wines’.

The particular flavours and aromas of the plants are of crucial importance, and the Dolin secret recipe continues to be made from the herbs and aromatic plants naturally found in the Alpine meadows above Chambery. These are individual Vermouths of remarkable freshness, purity and complexity. Dolin Vermouths are notably lighter, drier and less pungent than their larger commercial counterparts. 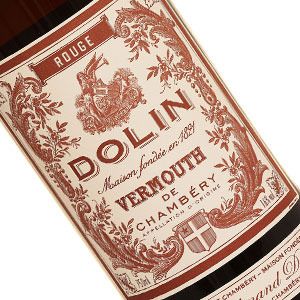 You may have experienced Martini, Noilly Prat and Cinzano sweet vermouths, and noticed their slight lack of depth and an almost pure sugar-like sweetness. Well look no further as I have found you a fantastic alternative.  The recipe remains a secret, but this is said to be made with white wine, with its colour coming from other ingredients instead. There’s an abundance of herb and spice notes, like ginger and clove, supported by candied fruit and jam. Lighter in texture and consistency, it has a more brandy-like quality to it.  What is striking about this vermouth is the strong dried fruit character of its flavour profile — raisins, currants and dried cherries all seem to come forth.

Its said to be great in Negronis, but we are yet to try that!

Also in the range are…

Dolin is produced using botanicals such as wormwood and 16 other herbs and spices. There’s a gentle sweetness, with tropical, almost lychee, flavours. This gives way to drier, herbal notes, and a bitter clove finish.

The Dolin Blanc is unique in its own right. This vermouth really does seem to overlap its two siblings — part sweet; part botanical while being slightly dry on the palate with only a tiny dose of bitterness, this vermouth is a bit of a mystery. Dolin blanc is primed for use in drinks where a measured hit of botanicals and dryness is called for. 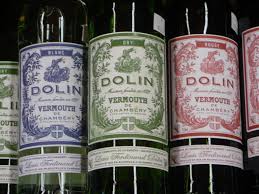 If you’d like to try a bottle head over to Amathus. Alternatively we feature Dolin vermouths in some of our subscribers kits so sign up now to discover new cocktails and ingredients every month.