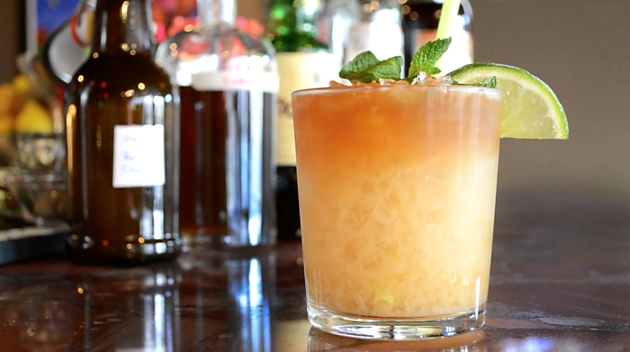 Now deciding exactly who created the first Mai Tai really depends on whose story you believe, Victor “Trader Vic” Bergeron or Donn “Don the Beachcomber” Beach. Both were early proprietors of tiki bars in California (and later Hawaii) and both lay claim to having made the first Mai Tai.

In 1934 Victor Bergeron opened his first restaurant in Oakland, San Fransisco. He served delicious polynesian food but was best known for his rum based cocktails he created. One evening, about 10 years later he created a new drink for some friends from Tahiti. One friend quickly exclaimed ‘Mai tai-roa aé’ meaning ‘out of this world – the best’ – so Bergeron named his drink the Mai Tai, added it to his menu, and later served it throughout his chain of Trader Vic’s restaurants.

Then there’s Don the Beachcomber’s story. In 1933, he opened a small restaurant in Hollywood, decorated it with old fishing nets, ship’s lanterns and the like. He created a collection of potent rum drinks, including the Zombie, Missionary’s Downfall, Navy Grog, and something called the Original Beachcomber Rum Concoction – the drink that later became known as the Mai Tai. That drink was made from Cuban rum, Cointreau, Pernod, Angostura bitters, fresh lime juice, and fresh grapefruit juice. Those and other drinks were introduced to Hawaii with the opening of the original Don the Beachcomber restaurant in Waikiki in 1947.

But as from the man himself in Trader Vic’s very own bartenders guide; ‘anybody who thinks I didn’t create this drink is a dirty stinker’.

So we’ve gone with Trader Vic, and here is our adapted versions of Vic’s recipe on Difford’s Guide: 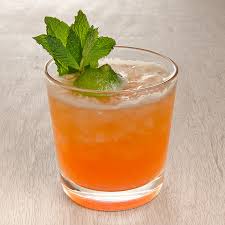 Put all the ingredients into a cocktail shaker full of ice. Shake vigorously to chill and mix all ingredients.
Strain in to a glass filled with crushed ice. Garnish with a sprig of fresh mint, a wedge of lime, and maybe a cocktail cherry too. Drink with a straw.