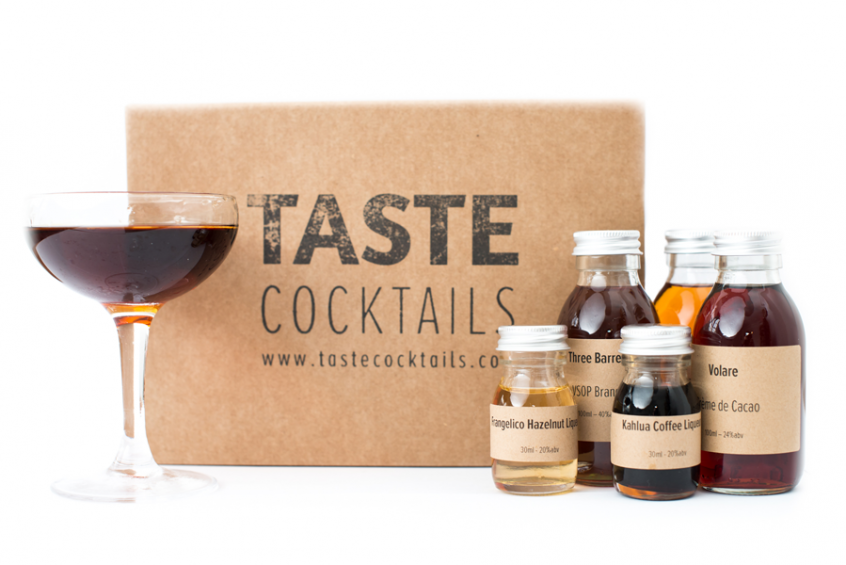 This month’s box makes 5 cocktails from:

And enough left to taste some ingredients neat.

As well as the contents of the box, you will need:

History of the Brandy Alexander

All signs indicate that the drink started as a variation of the gin-based Alexander, which made its first printed appearance in the 1915 book, Recipes for Mixed Drinks by Hugo Ensslin. Common belief holds that it was created by a New York bartender named Troy Alexander. 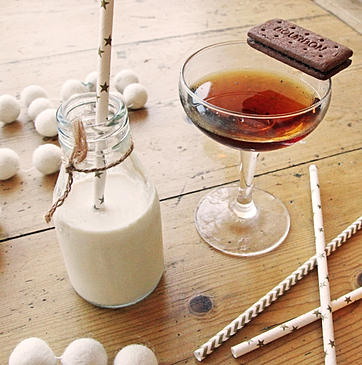 One of the earliest known printed recipes for the Alexander can be found in Hugo Ensslin’s 1916 Recipes for Mixed Drinks. The cocktail, according to historian Barry Popik, was likely born at Rector’s, New York’s premier pre-Prohibition lobster palace. The bartender there, Troy Alexander, created his eponymous concoction in order to serve a white drink at a dinner celebrating Phoebe Snow.

Phoebe Snow, was a fictitious character used in an advertising campaign for the Delaware, Lackawanna and Western Railroad. The company wanted to get the message across that it powered its locomotives with anthracite, a clean-burning variety of coal. The ads emphasized this by showing Ms. Snow traveling while wearing a snow-white dress.

However, there is some evidence that the cocktail may have been created elsewhere. In the October 3rd, 1915, edition of Philadelphia Inquirer, there was an article that said, “The head bartender has even gone so far as to invent an Alexander cocktail, which he is reserving to be served during the World Series.” In this case, it was believed that the bartender created the drink to honor Philadelphia pitcher Grover Cleveland Alexander.

At some point gin was switched out for brandy, and the Brandy Alexander was born. Many speculate that this happened around 1922 for the wedding of Princess Mary and Viscount Lascelles in London. Others believe that this “new” drink was named after Russian tsar, Alexander II.

A note on measures: I use 1 shot – 20ml, to ensure you can taste as many of the recipes as possible, and have some leftovers to taste neat. If you prefer to use 25ml, you will make fewer drinks per box.

Shake all ingredients with cubed ice, then fine-strain into a chilled glass, or a mini milk bottle if you have one to hand! Garnish with a light dusting of grated nutmeg.

Shake all ingredients with cubed ice, then fine-strain into a chilled glass. Garnish with a light dusting of grated nutmeg or chocolate powder.

Shake all ingredients with cubed ice, then fine-strain into a chilled glass. Garnish with a bourbon biscuit!

I hope you’ve enjoyed your cocktails this month! Join the mailing list to make sure you know when our new box is released, or subscribe to guarantee yourself a new box every month, access to all our old recipes, and exclusive discounts and deals!