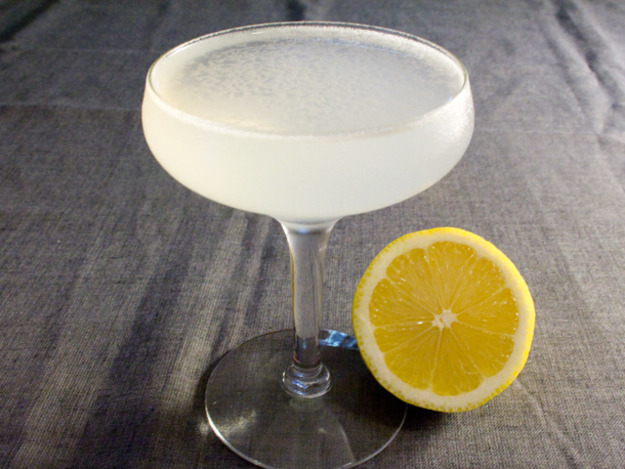 The White Lady is the signature drink in our January 2016 subscriber’s kit with Sibling Gin. Your kit will be able to make 2 White Lady cocktails and 3-4 more cocktails from a choice of 2 other recipes, with even more variation online in the TASTE cocktails magazine.

There’s a certain purity to this cocktail that I really love, and I think makes it a perfect recipe to kick off a new year. Just 3 simple ingredients, make a perfectly balanced drink with a clean finish and stylish colour in the glass. The White Lady is a more modern “classic” than many, but well deserving of the status. Forget “Dry January”, and join us for “Ginuary“!

Like many classic cocktails, several different people have claimed to have created The White Lady.

It was originally believed to have been created by famous bartender Harry McElhone while he was working at London’s Ciro Club in 1919. At that time, he used equal parts of white crème de menthe, triple sec and lemon juice. It was not until he had his own Harry’s New York Bar in Paris, in 1923, that he adapted the recipe by swapping the crème de menthe with gin.

Harry Craddock, of The American Bar at The Savoy in London also gets a fair bit of credit. In 1930 he published the recipe in his Savoy Cocktail Book, increasing the volume of gin and therefore making the drink drier. It was Peter Dorelli, legendary former manager of The American Bar, who suggested adding a dash of egg white to bind the drink together and give a smooth and silky finish.

Regardless of the original creator, it’s safe to say Craddock made quite a few of these at The American Bar. According to Joe Gilmore, (another former head barman at The Savoy), the White Lady was one of Laurel and Hardy’s favourite drinks! 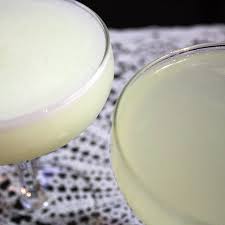 Egg white is optional – it adds a smooth silky texture, but many people don’t like the drying effect on the mouth or the subtle taste.